The word ladin originates from LATINUS (latin).
Ladin is a romance or neo-latin language. After the Roman conquest of the Alps in the year 15 B.C. the indigenous people took on the vernacular Latin spoken by civil servants and soldiers without, however, rejecting their own native language completely.
Each of the peoples subjugated by the Romans developed the language of Rome to various degrees depending on the local idiom. After the fall of the Roman Empire (476 A.D.) other linguistic influences were effective in the latinate alpine region:
From the North-Germanic, Alemannic and Bavarian influences
From the South: northern Italian dialects which were coloured by Tuscan dialects
From the East: Slavic dialects

The current language area is an archipelago of linguistic islands where idioms with phonetic, morphologic, syntactic and lexicographic similarities are spoken.
The situation is shown in detail “ALD (The linguistic atlas of the Dolomites’ Ladins)”.

In the Ladin valleys (Gherdëina and Val Badia) of the province Bozen three languages are spoken: Ladin, German and Italian. Throughout the Ladin speaking area there are pre-Latin (reto) place names as well as isolated words which originate from the pre-Roman period. The weekly newspaper “LA USC DI LADINS” published by Union Generela di Ladins dla Dolomites publishes articles in all five variations of Dolomite Ladin. Since 1946 the state run radio and television service RAI has broadcast radio and TV programs in Ladin.
For centuries the Ladins passed on only the oral versions of their literary heritage. The first literary texts were created in the second half of the 19th century. The first authors to write in Ladin were clergymen from the seminary in Brixen, Micura de Rü and Jambatista Alton for Val Badia. In 1957 “Union di Ladins dla Dolomites” moved its official headquarters from Bolzano to “Cësa di Ladins” in Urtijëi. New forms of verse were created which took their place alongside folk poetry and yearly almanacs. In our schools the Ladin language is a compulsory subject. A dictionary and a grammar book have been published.

Les Dolomites and their legends

The Sella group reigns in the heart of the Dolomites.
The name “Dolomites” goes back to the French geologist Deodát Dolomieu (1750-1801) who examined local sedimentary rock for the first time: dolomite. The mountains consist of chalk rock of coral origin from the Triassic period, as well as volcanic rock. UNESCO has awarded the Dolomites with the status of World Natural Heritage on June 26th, 2009 together with Parco Naturale Fanes Sennes Braies and Parco Puez Odle. The Ladin area in the Dolomites comprises 1300 km2 and the valleys are connected through a net of road passes. Untold sagas and legends revolve around mountains where mysterious creatures live. In the Ladin sagas there are benign spirits and evil spirits which were deeply rooted in the everyday lives of the Ladins. Man of them tell of heroins and their mountain homes: Dolasilla, Soreghina, the Salvans, Les Ganes, witches and magicians. They were considered responsible for storm and other sorts of calamities. At the beginning of the20th century the journalist and author Karl Felix Wolff collected, partially from oral sources, the last remains of the sagas from the “Pale mountain empire” which was published in 1913 in German. The charm of these mountains has inspired Tolkien’s trilogy “Lord of Rings”.

The existence of permanent settlements from various periods has been proved: the most important is the Sotciastel (Val Badia) settlement which goes back to the Bronze Age. This small community consisted of farmers and herdsmen. The Romans gave the tribes which inhabited this area the collective name “Reti”. Christianity came during the Roman period brought by travelling missionaries. The Isarco valley was placed under the jurisdiction of the bishop of Brixen who turned to be the sole owner of the whole Val Badia. 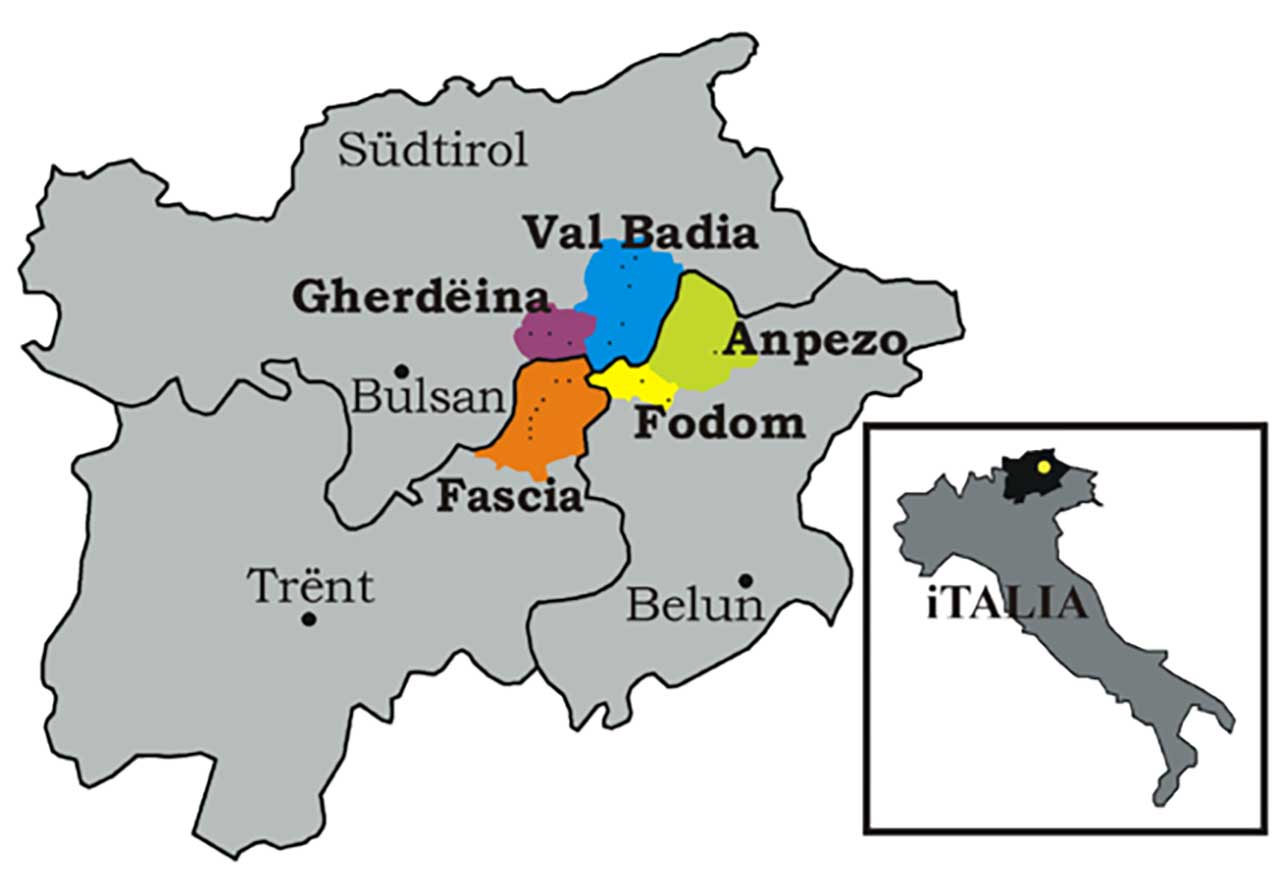 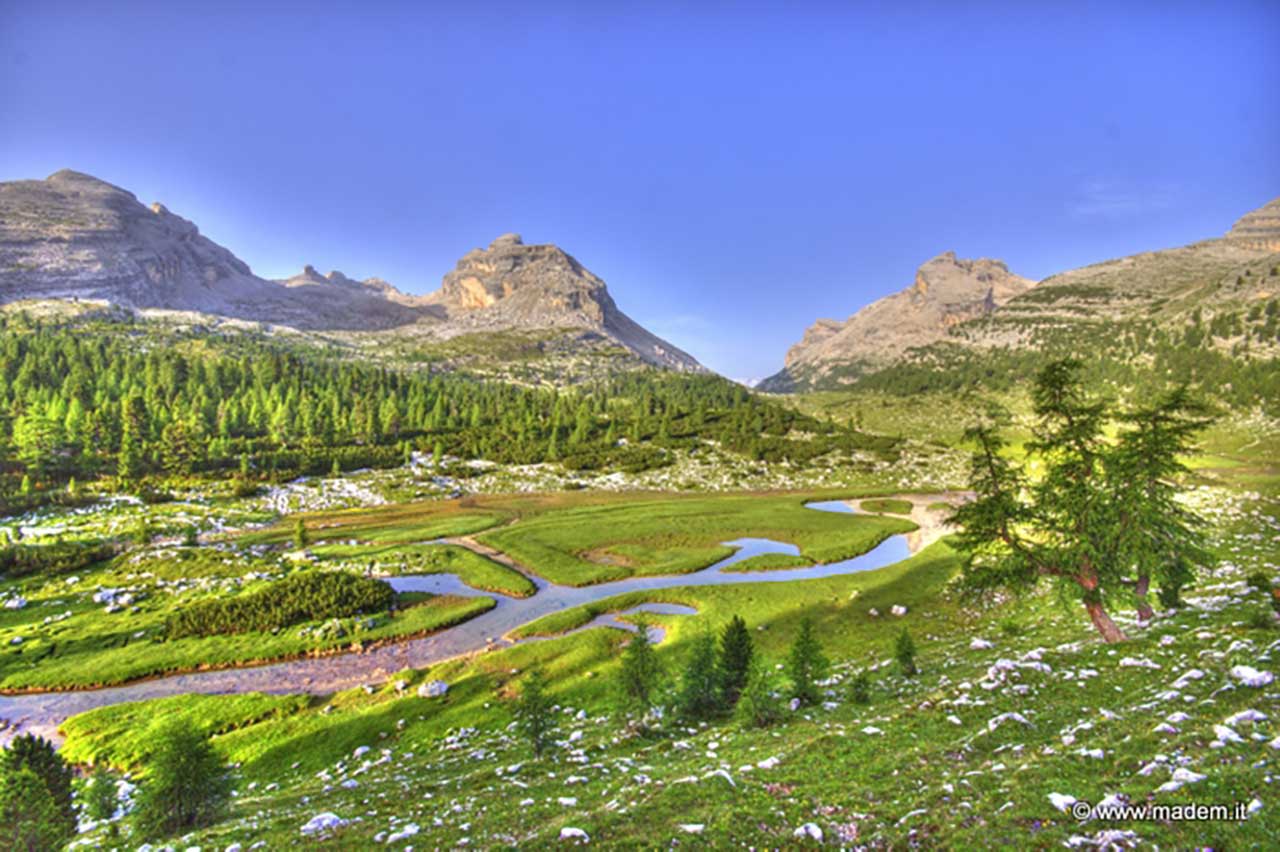 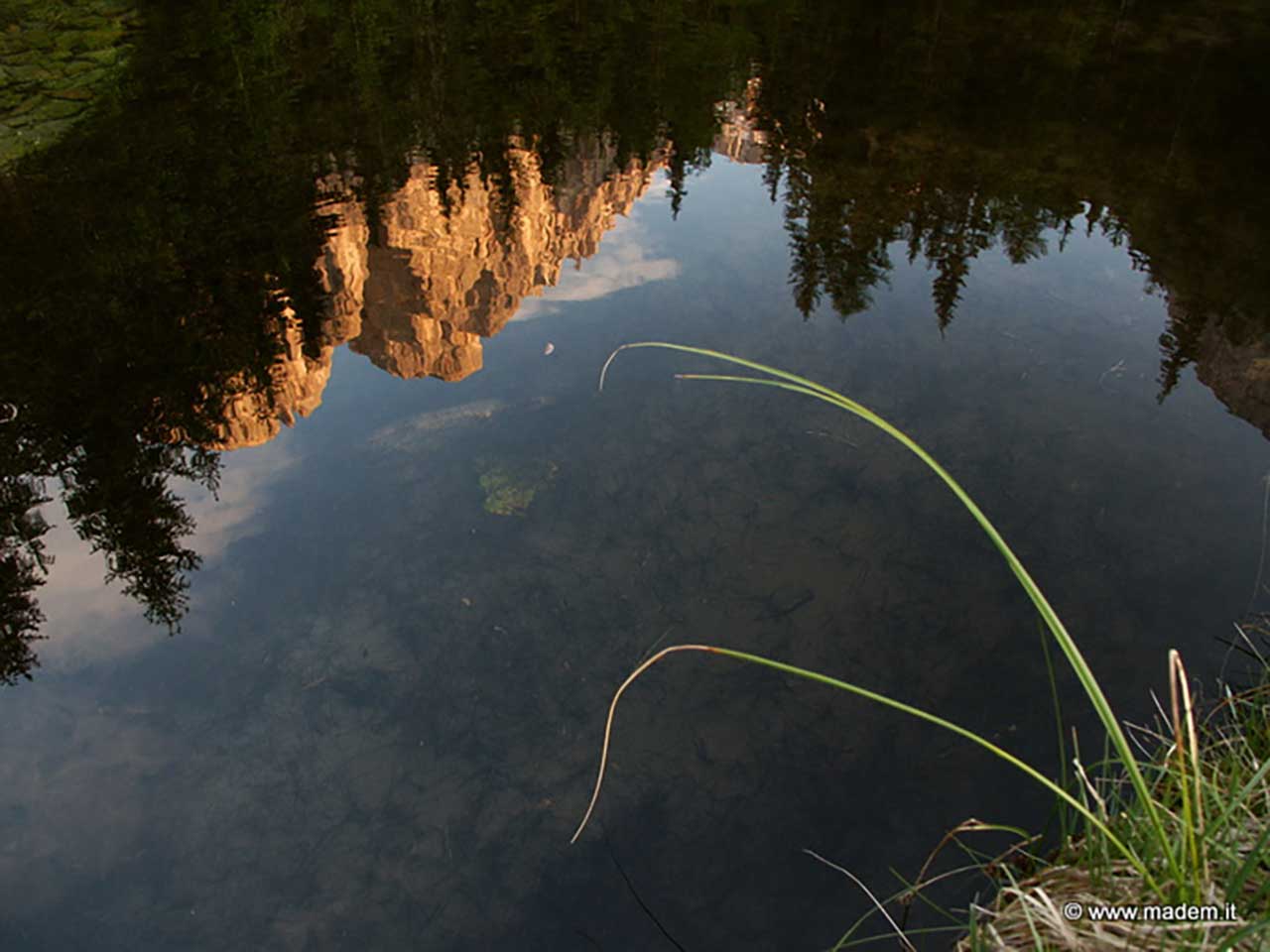 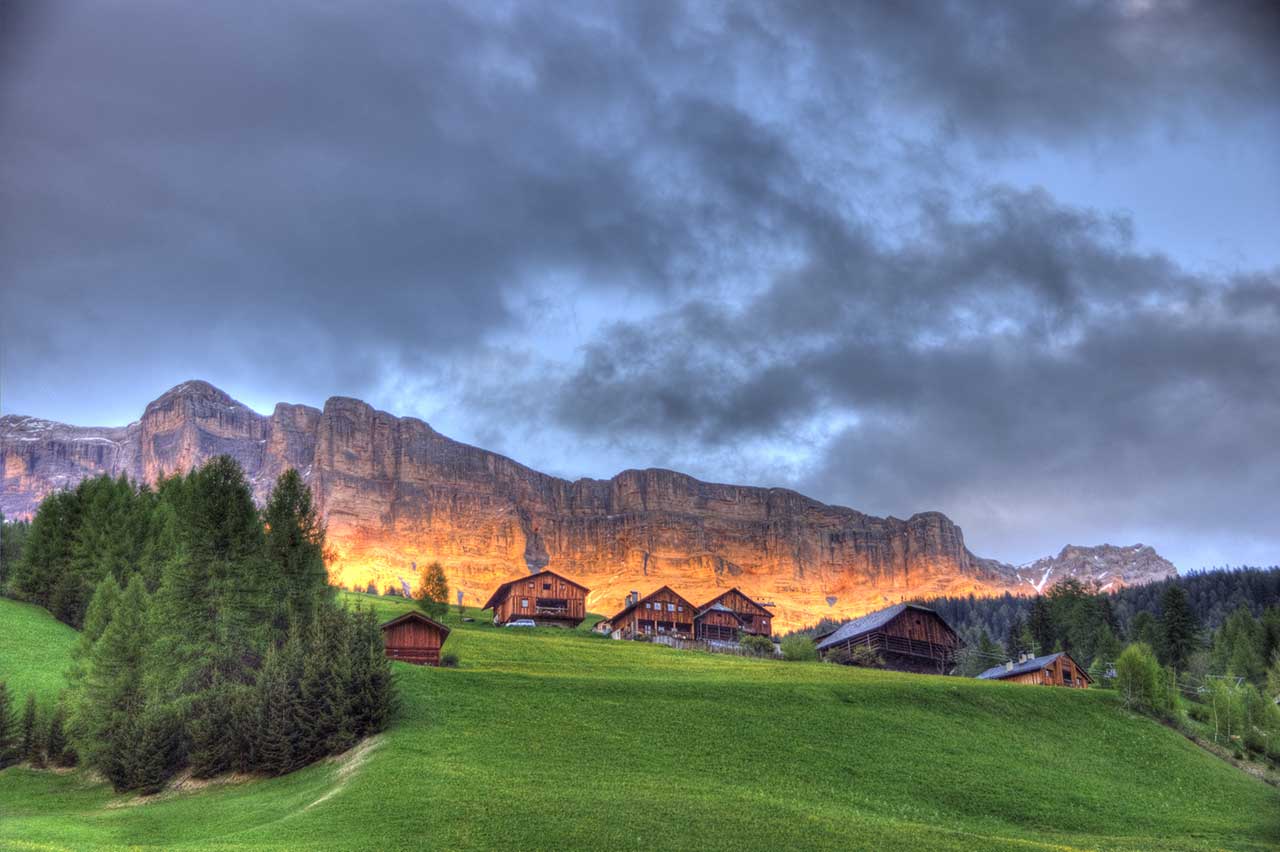