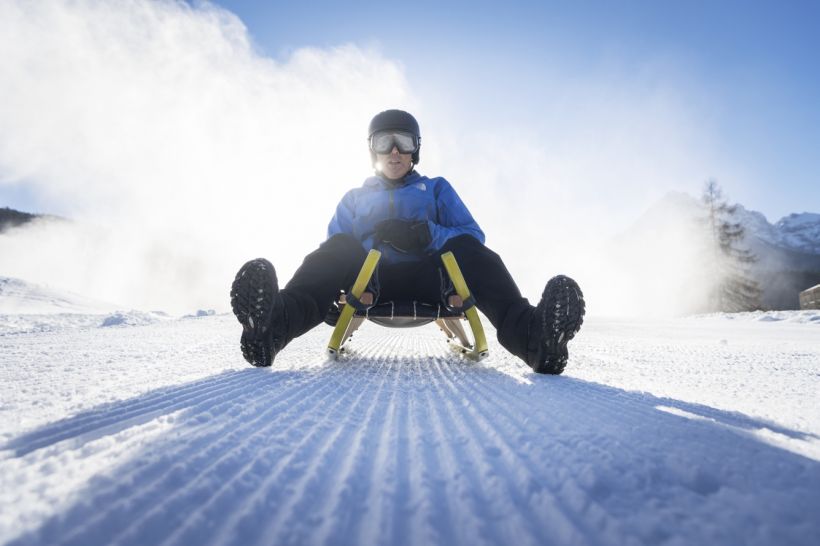 Otto lives in Prato alla Drava, close to Innichen, and that’s where it all began. Still a child, Otto took part in a race and was noticed by the local Luge Association, who took him under its wing and made him a full member.

Back then, luges were mainly built in Austria, but Otto already wanted to have them built himself and started doing so at 25. He used the stable close to his parents’ home and, even though he knew next to nothing of carpentry, his knowledge of luges was exceptional. The stable was burnt in 1998 and, after a tough time, a new home with a dedicated warehouse and lab was opened in 2000. Luges are built all year round, though they are up for sale for two months only.

When he started building luges, 90% of luge champions were using a shiny yellow Bachmann model. His luges were known to last “forever”, so much so that his neighbours were worried about him having enough work. Rigour and a meticulous attention to details was and is at the core of his production, and his mind was so focused that, when he came back to races after starting his business, he was too distracted by the many requests of other athletes. He then retired from his professional career at 29, after the world championships.

The lack of snow in recent years meant that the sales of luges - on average 4,000 per year – dropped, though this does not worry Otto too much.

What he is mainly concerned about, however, is the fact that the Italian Winter Sport Federation has created a “Formula 1” of luge competitions, aimed at highly skilled professionals only. The luges need to be extremely fast and their edges as sharp as razors, making the products themselves the result of accomplished craftsmen. The costs have become unbearable for many sport association, something Otto somewhat regrets, though the light in his eyes, the one that shone as an enthusiastic child, still glows bright, and will do so for years to come.